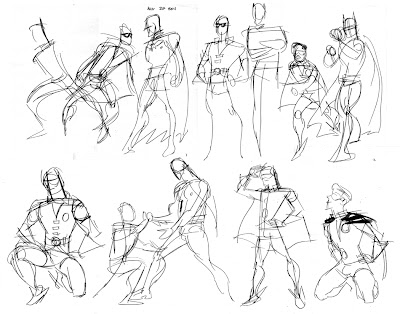 We're coming up on the end of summer and, sadly, the end of an era -- Dr. Sketchy's Toronto is breaking up. For their final session the organizers, Brett Despotovich and Katherine Piro (and photographer Brynne Kennedy) went out with a bang. The models were dressed as Batman and Robin...sexy, sexy Batman and Robin. Boylesque performers Patastrophic Sexapeel and Corey Swelling played Batman and Robin. 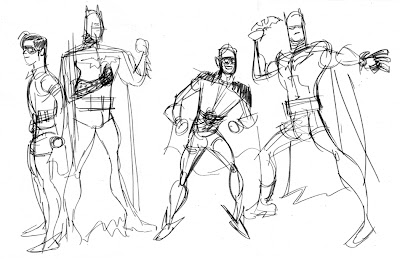 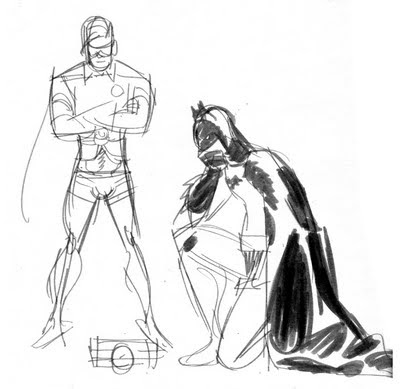 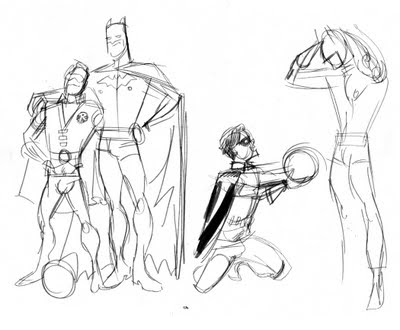 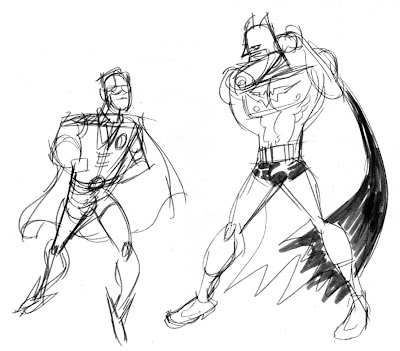 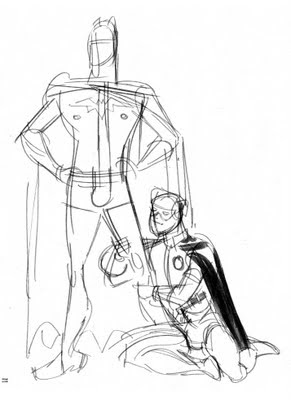 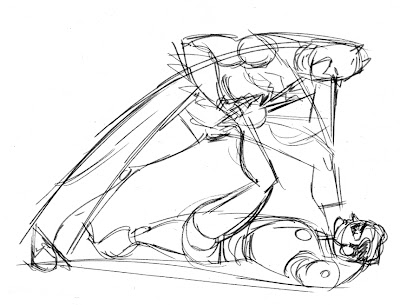 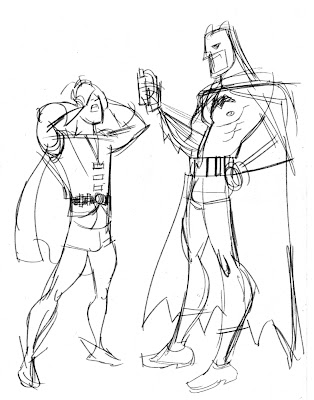 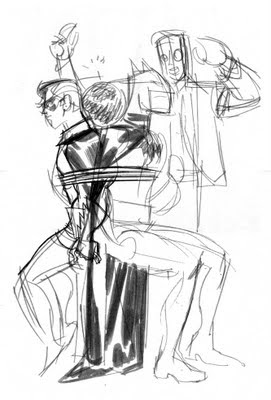 I used to watch the old Batman tv show (who didn't?) every afternoon after school. I never realized how hot costumed crime-fighters are when tied up until the guys took this pose. Suddenly it all hit me how I used to tie up my Mego Batman and Robin action figures. Robin also used to give Batman shirtless back-rubs. :) 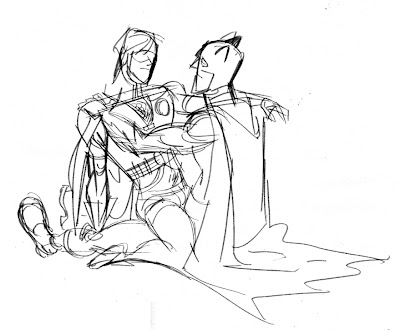 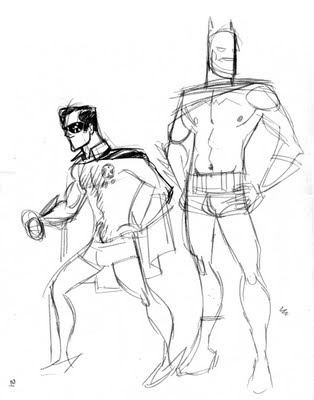 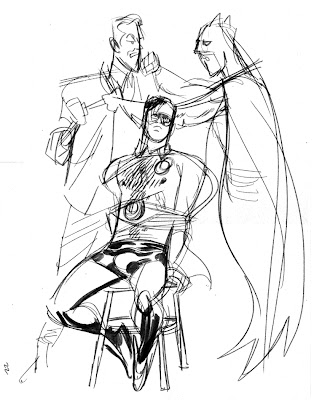 Mmm...that final pose is still burned into my brain. I can't wait to see all of Brynne's photos from the night.

As something of an aficionado of the Teen Wonder in those delightfully OTT death traps (Which you could always be sure would NEVER work), I can only concur! :)

Hope the pics lived up to what you hoped for.