A few of the drawings from my recent life drawing session with the amazing Barback (of Les Coquettes). Some I'll be turning into finished pieces. Some, like the second image, have already been tightened up a little in a second drawing. That drawing was actually done while Le Barback was taking a break. Proof of just how much I wanted to draw that guy -- even when resting he was "working". 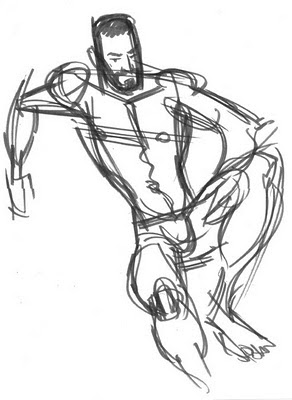 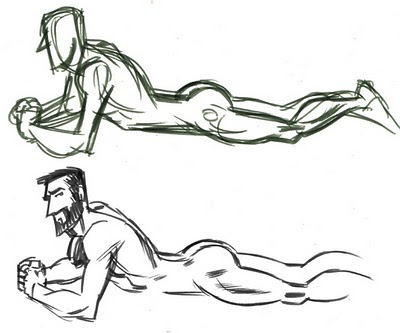 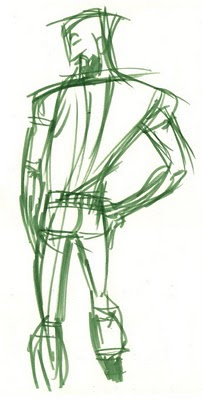 Be good to each other.
j. 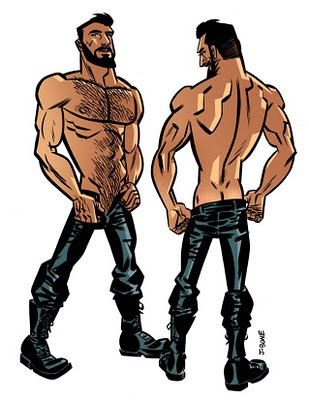 Recently I had an terrific drawing session with an amazing model! He's a Burlesque performer in the Toronto scene as a member of Les Coquettes (which, if you like in Toronto you should absolutely go see their shows -- they are amazing!) Le Barback posed for SIX hours!! That's a long time to pose let alone draw. Oh sure, we had breaks stopping for food and a few drinks -- but that's still a long time to pose. I got some really fun drawings from the session and I'm itching to turn them all into finished pieces.

While you're checking stuff out on the 'net pop by the MASCULATHON page for some good, beefy fun. I'm looking forward to the start of this series (and seeing some of them fellas with their shirts off. Just sayin'...) 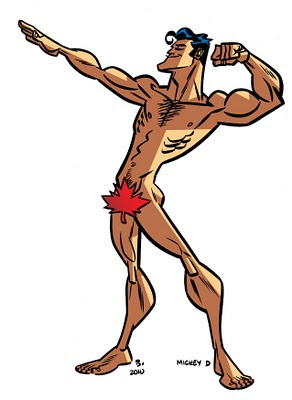 Toronto finally got some SNOW!! I think there's something wrong with the world when NEW YORK is snowed in and Toronto residents are mowing their lawns. I don't love winter -- but there's something beautiful in a world covered in snow! I look out my big picture window and watch the flakes gather, the wind swirling the snow off of rooftops. I snuggle even deeper into my covers and go back to sleep until Spring! 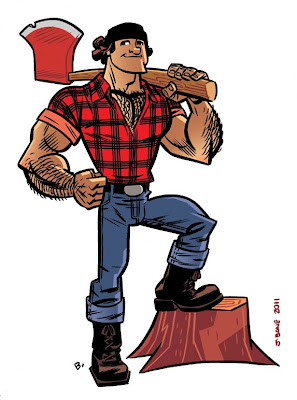 Toronto's Boylesque troupe recently (more or less) performed a show they called "O Manada: True Patriot Lust". It was fantastic. The guys played up so many of Canada's stereotypes I hardly knew where to start. At the top is Mickey D Liscious wearing nothing but the flag (sort of ;) In his act he was actually also wearing Maple Syrup but I opted for the pre-syrup pose
And then there's James and the Giant Pasty in what was a duo skit -- James as old fashioned lumberjack, Patastrophic Sexapeel (coming soon) as modern day (avec chainsaw). It must be the Canadian in me but nothing gets me turned on faster than a plaid shirt.

"With growing hard-ons we see thee rise, Our true North strong and free. O Manada, we stand on guard for thee."