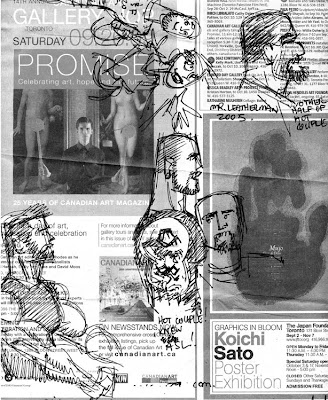 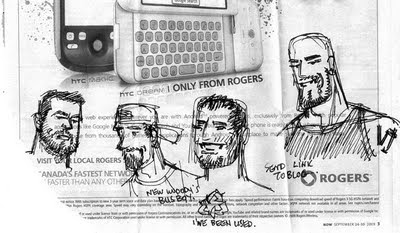 Summer Days Behind Us! 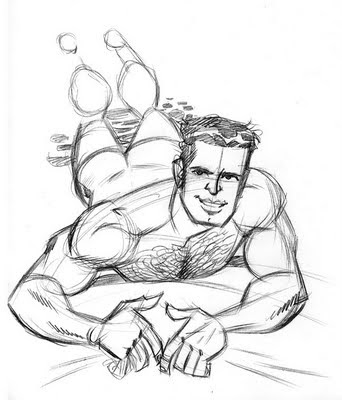 Like a selfish lover Summer has come and gone leaving me with no other alternative than to draw alone. It's true. The days are already getting shorter and the pants are getting longer. I take a jacket or sweater with me when I go out because it can be chilly walking home in just a t-shirt and jeans. I'm extremely glad for the terrific weekend I had at Man-Camp (my pet name for The Point (see previous entry)). The weather was perfect, I managed to get a suntan (actually a bit of a burn) and discovered a new and wonderful vacation destination. I will most definitely be returning next season.

In the meantime I'm buckling down with a re-newed workload, and nearly finalizing art for the sketchbook. I was hoping to be further along by now...all blame for delays rest squarely on my shoulders. I'm picking up the pace on the sketchbook when I get moments of spare time from regular work.

Hope everyone had a good summer (or, if you're on the other side of the world, are looking forward to a good summer ;)
best,
j.
Posted by j. at 1:33 PM 10 comments:

Man Camp! Bears in the Wood!

What follows are the pages of my sketchbook from my weekend at Man Camp! An all-male, clothing optional, slightly roughing it extravaganza! I had a lot of fun, especially once I got up the nerve to actually talk to some of the guys I'd been drawing. In fact I stopped one of the guys from leaving his seat because I wasn't done drawing him yet...he obliged with an even better pose than the one I'd started. 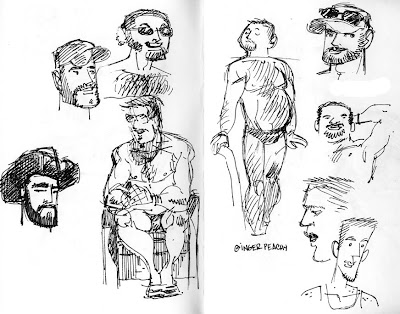 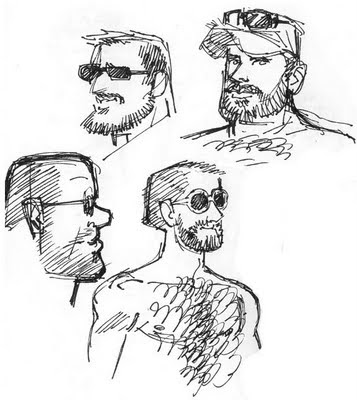 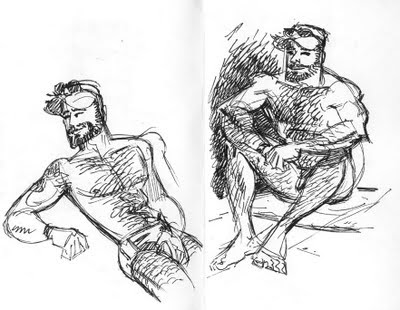 Above is the guy who specifically posed for me. I didn't quite get his features right in the first drawing (which is the one on the right) so I drew him again as he chatted with his friends (the drawing on the left). I think the second turned out better. 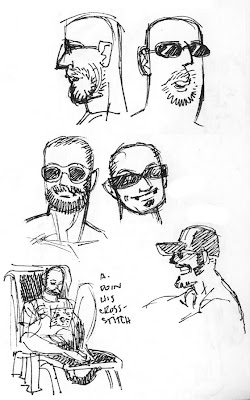 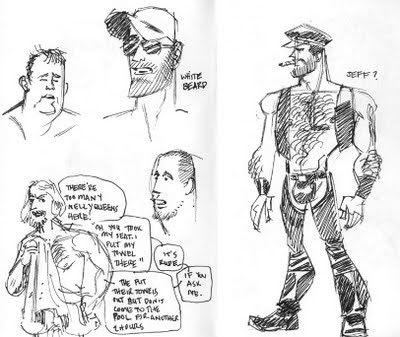 The guy labeled "White Beard" was far, far, far more attractive than I managed to capture. He's going to have to get a re-draw and color. He had a snow white beard, tanned skin and the most incredible body I've ever seen in my entire life! His boyfriend was equally gorgeous and we talked a few times and Mr. Beard offered to pose nude for me. I think I may have babbled something along the lines of "Yeah! Buh...uh...guh!"
The leather man was as near a Tom of Finland man as you're likely to find in real life. He showed up to one of the night parties in this outfit and I did my best to memorize the details for this drawing. I can confirm as fact that his...er, "equipment" also met the requirements of a Tom of Finland man. Indeed! 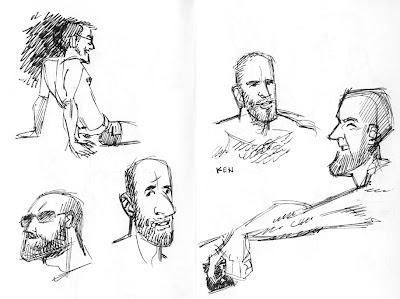 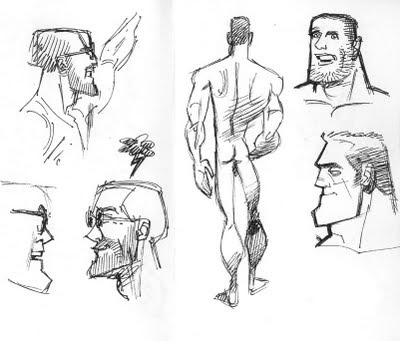 The full body pose is my interpretation of the Tom of Finland dude...he really did have the awesome proportions of a broad shouldered, narrow wasted Tom Man! His butt was so adorably small and firm. *sigh* 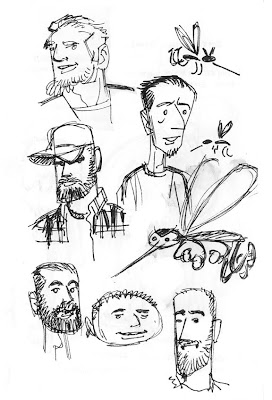 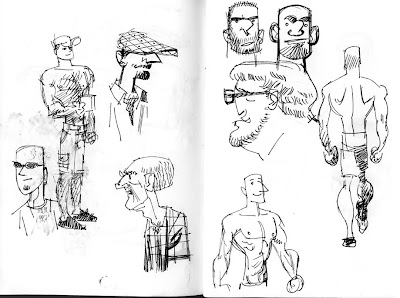 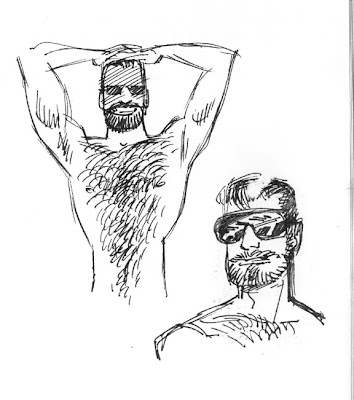 And there you have it. Four days of sketching by the pool, roughing it in the wilds of South-western Ontario! If you've ever got the urge to go camping I highly recommend The Point. Weekends are always the busiest time so book your spot early!

In web news, Queerclick did a little piece on my blog and were very complimentary. Always happy to help the boys and their boners ;) 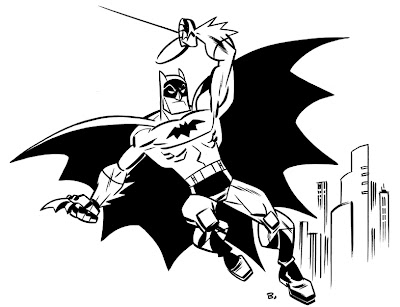 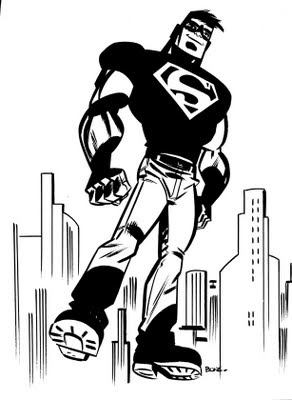 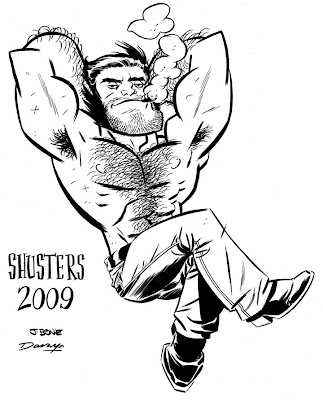 best,
j.
p.s. I'm off camping this weekend...at an all-male campground. I've never been but I'm looking forward to lots of beefy men who'll let me draw them in my sketchbook! Excited!
Posted by j. at 8:22 AM 5 comments: